Why employees love staying at Marriott 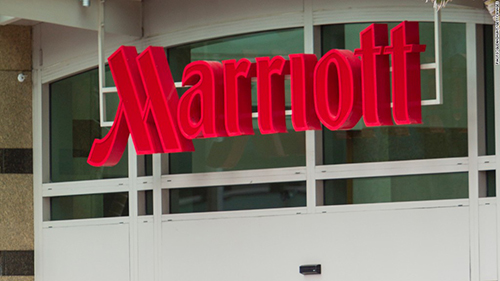 Pre-shift dance sessions for housekeepers, Oscar-style awards nights, free lifetime travel deals (for some), great colleagues, and the chance to grow a career. Why everyone wants to stay at Marriott.

The 4,154th Marriott hotel just opened in the Caribbean. On the surface it seems like a standard-issue Marriott—a modern concrete structure with a giant “M” on top, 175 rooms, ample meeting space, a nice pool outside with palm trees and orange umbrellas, all nestled in the hills with the island’s mountains rising in the distance.

But this is not just any Marriott: It’s the Marriott (MAR 2.32%) Port-au-Prince Hotel, in the hard-hit country of Haiti. And its very existence is a testimony to Marriott’s unusually strong commitment to its people.

Marriott employs many Haitian Americans at its South Florida locations. Bill Marriott, the company’s executive chairman and its CEO for 40 years until 2012, spends every January at the Fort Lauderdale Marriott Harbor Beach and has come to know these employees personally.

So when the earthquake that devastated the country hit in 2010, he wanted to do something to help. The company and Marriott personally provided disaster relief, but Kathleen Matthews, the company’s EVP and chief global communications and public affairs officer, pitched a bigger idea: Why not build a hotel in Haiti instead, which would continue to give back in the form of jobs, economic activity, and opportunity for local suppliers? “It’s not a conventional hotel market, but it’s a testament to our Marriott culture of opportunity that [Marriott] said, ‘Why not?’ ” says Matthews.

The result was a unique partnership with Digicel Group and the Clinton Foundation. So while at first glance the hotel is pure Marriott, inside are local touches like papier-mâché skulls hanging on the wall behind the check-in desk, and traditional Haitian tin art. Coffee is sourced from a local grower; produce comes from a farmer’s co-op in the nearby mountains; the fair-trade soaps in the rooms are supplied by a small business that employs Haitian women. On hand last month for the hotel’s soft opening were Bill Clinton, Sean Penn, Haiti president Michel Martelly, Digicel Group chairman Denis O’Brien, and other dignitaries—as well as many of the hotel’s 130 full-time staffers, who were beaming.

Marriott isn’t Google. Jobs in the hospitality industry, in Haiti or anywhere, are about as far from Silicon Valley chic as you can get. The company’s employees—more than 200,000 of them, and 361,000 if you include the franchised properties—are scattered around the globe, not concentrated on a cool campus. Rather than writing code, most of them spend their time catering to, and cleaning up after, guests. About 85% earn hourly wages; the largest category is housekeeper.

But talk to Marriott employees—or associates, as they’re called—and you’ll hear the word “family” with unusual frequency. They rave about their workplace and their colleagues. And they stick around. The average tenure for a hotel general manager at Marriott is 25 years; industrywide it’s much lower. Some 10,600 people have been there more than 20 years. The company has been on our Best Companies to Work For list all 18 years of the list’s existence, something only 11 other companies can say.

Indeed, the next time you find yourself in a Marriott hotel, stop a housekeeper and ask what the guiding principle of the company is, and chances are she’ll say some version of “Take care of the associates, the associates will take care of the guests, and the guests will come back again and again.” That’s J.W. Marriott’s founding philosophy, and while not necessarily a wholly original concept today, it runs through the DNA of the company.