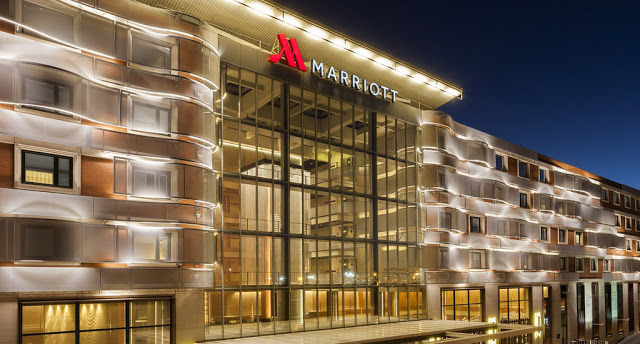 Marriott International, Inc. said that 2015 was an outstanding year for hotel owners selecting Marriott to manage or franchise new hotels across its global portfolio of 19 brands, with contracts signed for hotels totaling 104,000 rooms during the year.

“The contracts we signed in 2015 encompass more than $15 billion of investment by our owners, and represent a tremendous vote of confidence in Marriott’s brands,” said Arne Sorenson, Marriott’s president and chief executive officer.  “Marriott’s new signings reflect broadly distributed growth across the company’s global hotel portfolio, and demonstrate the extraordinary appeal of Marriott’s brands to customers, industry-leading innovation, significant scale, highly effective systems, and the best associates in the business – all of which attract hotel owners and lenders to our portfolio.”

In 2015, Marriott opened 300 hotels with nearly 52,000 rooms, including 9,600 rooms through the acquisition of Delta Hotels & Resorts. Approximately a third of the company’s openings were outside North America, and nearly one-third of the rooms were conversions from other brands or acquired, including the Delta transaction.  Nearly half of the rooms opened in 2015 were under the flags of Marriott’s select-service portfolio. At the end of 2015, Marriott had more than 4,400 properties with nearly 760,000 rooms.

Of the new brands, Marriott’s luxury and lifestyle portfolio focused on millennial and millennial-minded travelers has made a mark. The forward thinking that led to the creation and development of these new brands was an important factor in Forbes Magazine naming Marriott as one of the World’s Most Innovative Companies in 2015, the highest ranked hospitality company so recognized.  Marriott’s Autograph Collection Hotels, a portfolio of iconic, independent hotels, comprises 95 hotels across four continents, with 2016 openings including the Plaza Hotel in Seoul, Korea and the Playa Largo Resort in Key Largo, Florida.  AC by Marriott has more than 80 hotels and opened a stylish new property in Miami Beach in 2015. Planned AC by Marriott openings include Guadalajara, Mexico in 2016.  Moxy hotels will open in New Orleans and Berlin in 2016, and EDITION, in the luxury boutique segment, will open its next hotel in Bangkok in 2016, with properties already open in London, New York, Miami Beach and Istanbul.

Other spectacular hotels the company opened in 2015 include the JW Marriott Venice Resort & Spa and Mandapa, a Ritz-Carlton Reserve in Bali.  In 2016 the company said it also expects to welcome a new trend-setter destination to its Renaissance brand, the Renaissance Paris Republique.

In November 2015, Marriott announced it had signed a binding agreement to acquire Starwood Hotels & Resorts Worldwide (“Starwood”) through a merger transaction. Marriott has filed a joint proxy and registration statement on Form S-4 with the U.S. Securities and Exchange Commission (SEC). Marriott and Starwood intend to proceed with shareholder votes on the proposed merger after the SEC declares the joint proxy/registration statement effective and are proceeding with required regulatory approvals around the world.  Marriott expects to close the transaction in mid-2016.